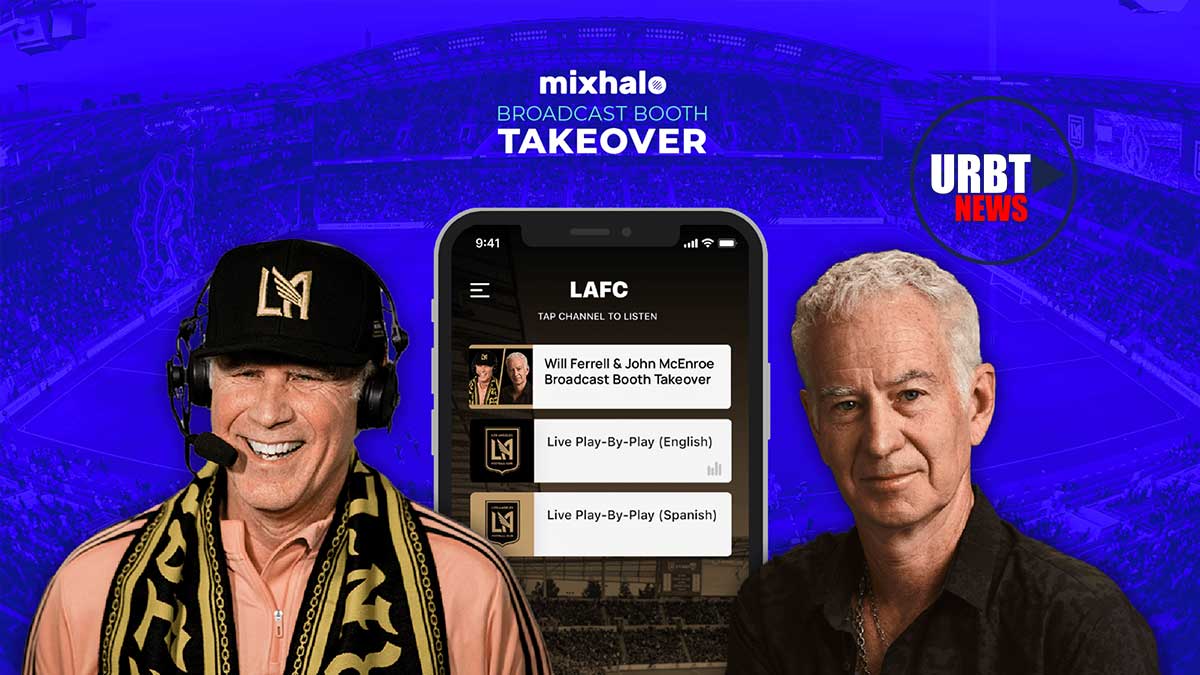 Will Ferrell and John McEnroe will team up to offer color commentary exclusively for in-stadium fans during the LAFC home match at Banc of California Stadium on Saturday, August 13 (kick off at 7:30 PM PT). The live audio stream will be available exclusively via Mixhalo, the wireless networking technology that delivers pristine, high-quality audio in real-time to attendees at live events.

Ferrell, the beloved comedic actor who became a co-owner of the MLS franchise in 2016, and McEnroe, the tennis legend, broadcast icon and narrator of the Netflix coming-of-age comedy, “Never Have I Ever,” will join LAFC Broadcaster and FOX LA Sports Reporter and Anchor, Mark Rogondino, for an exclusive live audio experience at the match – available only for fans at the stadium. Fans can use their phone, headphones, and the free Mixhalo mobile app to unlock crystal-clear, real-time commentary from the celebrities.

“I believe Mixhalo is the next big thing in sports broadcasting,” said McEnroe. “As a broadcaster, it is very exciting to know I will be able to speak directly to fans in the stadium in perfect real-time.”

“I couldn’t think of a better team in the world to provide great commentary and plenty of laughs,” said John Vars, CEO of Mixhalo. “This activation paves the way for more phenomenal, exclusive content from teams within the Mixhalo platform, and we’re excited to see what comes next.”

Fans are encouraged to bring a pair of headphones to access the Mixhalo experience at the August 13 match. Free headphones will also be available for fans at the Mixhalo table on the East Concourse before and during the match while supplies last.

As the first-ever MLS team to adopt Mixhalo, LAFC debuted the fan experience back in May.

The audio offering is available at every LAFC home match through the remainder of the 2022 season.

Will Smith Apologizes Once Again to Chris Rock